Available at this store

Available on most products
text.skipToContent text.skipToNavigation 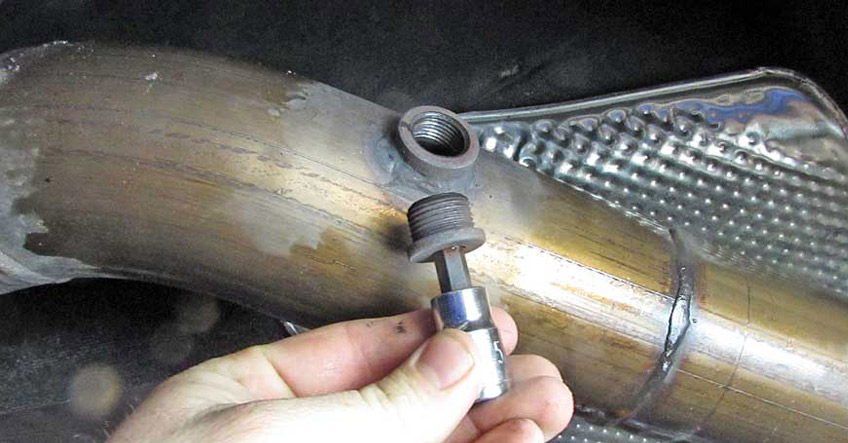 KNOW-HOW NOTES: HOW TO REMOVE A RUSTED BOLT

Rusted bolts stink. It doesn’t matter if the car is just a few years old or 50, there will always be rusted or seized nuts and bolts somewhere on the car. Murphy’s Law dictates that you will find those bolts when you are in the biggest hurry to complete a project. There are many ways to remove a rusted bolt. For this article, we are focusing on one in particular — Freeze-Off from CRC.

Unlike other penetrating oils, Freeze-Off adds the unique feature of hyper-cold to shock the offending part, breaking the rust bond, and allowing the bolt to come out. This is achieved through the propellant and the penetrating oils, which are designed to dissolve rust, gum and corrosion. Freeze-Off also displaces water to prohibit future corrosion.

We had a 2009 Dodge Challenger in the shop that needed a plug removed from the exhaust. While the exhaust itself is made of stainless steel, the plug is steel. Whenever you have differentiating metals, corrosion and seized threads are a very real problem. This plug was locked tight. 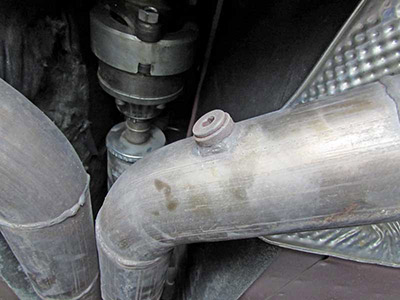 Stainless steel bung and a mild-steel plug mixed with high heat is a recipe for seized threads.

After making sure the exhaust was cool, we sprayed Freeze-Off on the plug and allowed it to sit for five minutes. 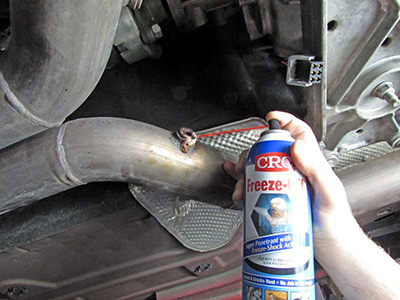 We sprayed Freeze-Off while the exhaust was cool and let it sit. On mildly rusted threads, this should do the trick.

The plug uses an Allen wrench, which we employed along with an impact wrench. However, the plug was still locked on solid. 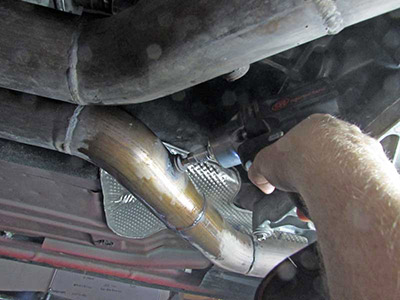 We tried to knock it loose with an impact wrench, but it was not budging… Time to get more serious.

Because Freeze-Off has the ability to shock the part, we stepped up our game and brought out the propane torch. By heating the outside of the threads, we can expand the metal, hopefully loosening the plug. We got the part up to 186°C (366°F). 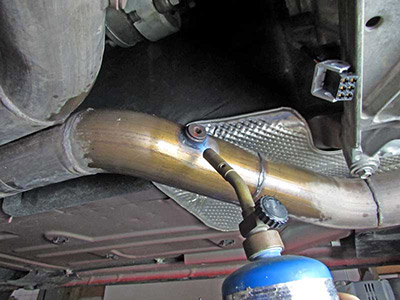 A propane torch was used to heat up the bung, this will expand the metal. 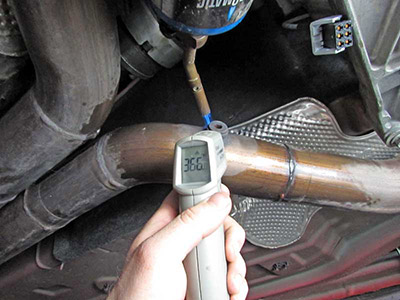 Before we try to turn the plug, we applied more Freeze-Off. This does a couple of things—first, the heat will pull the penetrating oils into the threads through wicking action. Second, by strictly spraying the plug itself, the Freeze-Off will cool the part quickly, providing even more shock to the threads to break the rust. With the outside still hot, and the plug cold and shrinking, the bond should break fairly easy. Be careful, as this will create a lot of smoke. 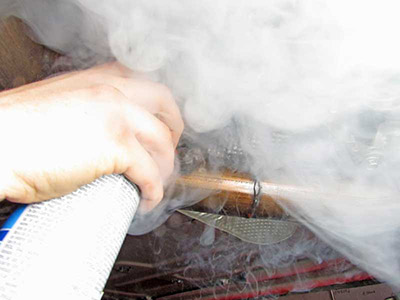 Now for the smoke show. Spraying the Freeze-Off on the plug while it is hot does two things—it wicks the penetrant into the threads and shocks the plug with its cold reaction, shrinking the metal of the plug, while the threads stay hot.

Using the Allen wrench and a cheater bar for additional leverage, the plug broke free. Now the project can be finished up. Remember to use anti-seize on high-heat threads whenever different metals are bolted together. 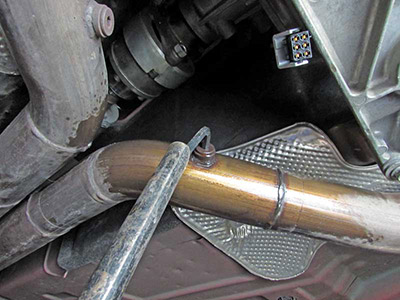 We put an Allen wrench on the plug with a piece of pipe as a cheater bar and gave it a push. The plug popped loose. 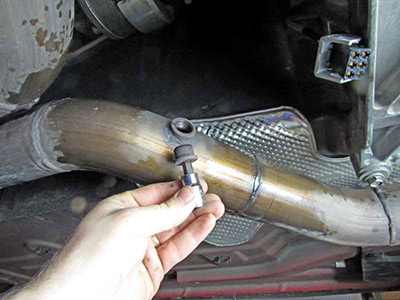 The plug was then tossed for a new oxygen sensor. Don’t forget that when you have different metals together, you need anti-seize.

For more information, chat with an expert at your local NAPA AUTO PARTS store.